Real estate news coverage is suspended from December 21 through December 31.

After spending a week in pain, Tony’s hopes for a cure were dashed once again. Rather than respond with despondency, Tony finds new hope and rejoices with humor.

Current Status, or “How the Grinch Stole the Last Half of July and the First Half of August”

We all know the timeless story of the Grinch, and how that little green meany tried to steal Christmas from all the Whos in Whoville, including (gasp!) little Cindy Lou Who! In the end, though, he didn’t have the heart to do it, or rather, he had too much heart. Basically he was just a heck of guy, when you get right down to it. 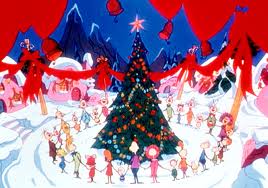 I guess the Grinch is the one taking this photo, because we all know what a great guy he turned out to be and otherwise he should have appeared with the rest of Whoville in this heart-warming Christmas card tableau. He could turn a dog into a reindeer, but he couldn’t fashion a tripod and use the camera’s timer? In the words of Bugs Bunny, “What a maroon!”

To which I say, OF COURSE he had too much heart!  After all, not even Atilla the Hun cancelled Christmas, and he was a real live evil person! Sure, Atilla might kill you on Christmas Eve, or the day after Christmas if he needed a little pick-me-up to see him through to New Years – but if you made it till actual Christmas Day then you at least got to enjoy a delicious Christmas ham or turkey as your last meal.

Um, did they have mirrors back then? Cause dude is ugly, so no wonder he was so irritable…

No, Christmas doesn’t get cancelled that easily, especially by a little green cartoon character created by a Dartmouth Graduate (go Big Green!) (I’m not kidding you, that’s Dartmouth’s mascot. I’m picturing The Blob, only greener, but I’ve never seen it so I can’t say with authority what a Big Green actually looks like.) (Point to ponder: he must be related to both Kermit and Oscar the Grouch. Imagine those family reunions!) 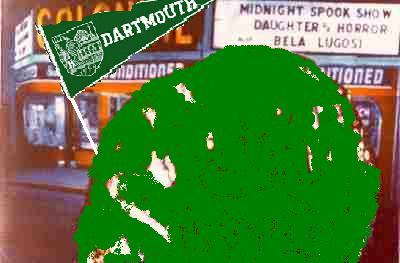 Please let authorities know immediately if you see this mascot, and whatever you do, do NOT attempt to apprehend Big Green yourself!

I digress. Let’s stay on track here, there’s still a lot to talk about! My point is that, while the Grinch may not have in fact stolen Christmas, that does NOT mean he’s not above other petty larceny. Like stealing the next month of my life, for example.

In today’s modernization of the timeless classic, the Grinch was played by Dr. Grinch (name changed to protect the guilty), who’s really a nice guy, really he is, except today he came and dashed my hopes of receiving a transplant this month. And his use of a Christmas tree simile cemented his fate in my perception of him as The Grinch Who Stole the Last Half of July and the First Half of August. Let me explain further.

This past week has been, well…rough. I won’t lie. I reported to ER last Wednesday morning around 3:30-4:00am, and I’ve been here ever since. My main symptoms have included recurring fever, recurring rigors, and, not to be indelicate, but rather severe pain in that area directly below my equator, if you get my drift. I’m referring herre to my own Southern Cross, if that helps clarify the situation for you. You know, the crux of my matter, the apples of my eye, etc., etc.

When I say, “if you get my drift,” I mean the Fruit of my Looms, the Boys in the Banana Hammock, etc, not that I would ever be so crude as to actually say that. Now leave me alone, it’s not my fault!
Oh, you want me to say it, you sickos? Ok – my GROIN hurt like a mother this past week! I hope all the men reading this are bending over right now about to vomit, as would only be appropriate, and I hope the women aren’t giggling too awfully much…

Needless to say, this last condition was QUITE distressing, and distracting, and kept me rather out of it. The only actual upside is all the good “shtuff” you get when you’re that uncomfortable in a hospital. Demerol, Dilaudid, Vicodin…my nickname for Dilaudid is “delightful!” But, I have to admit, totally not worth it, as in, 100% not worth it, as in unabashedly, without reservation, in complete totality Not Worth It.  The Boys are priceless and prefer protection at all costs!

So, what was Dr. Grinch basing his news on, you ask, and what precisely did he say? I received official word yesterday, after the doc reviewed the results of the PET scan, that I did not respond well to OFAR. His exact words (and hence his grinchy appellation), “you lit up like a Christmas tree!” And since that is BAD news for me, His Grinchiness was born. A PET scan, for those of you not familiar with it, has nothing to do with Jeb, the best dang dog in the whole world. 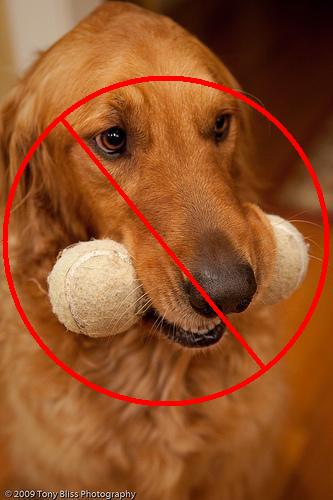 No Jeb dogs were harmed in the making of this PET scan!

A PET scan is an imaging technique using nuclear medicine to produce 3d images of the functional processes within the body. Below is an excellent example of a PET scan image taken from the generous Wikipedia Commons image library, showing the ‘hot spots’ where cancer is growing, and from it you can see how Dr. Grinch arrived at his Christmas tree imagery.

The unfortunate person in this image either has stomach cancer, or is possibly preparing to give birth to the Ally McBeal cartoon baby (originally known as Baby Cha Cha). Probably cancer, but I’m just  sayin’…

Where does this leave us now, and how does the soon-to-be-infamous “Great Christmas Tree Diagnosis Debacle of 2012″ result in Dr. Grinch stealing a month of my life? There are ultimately 3 possible medical reasons for me to have had such symptoms over the past week:

The jury is still out on the first one, but not, sadly, on the second one. OFAR, simply put, has not proven effective against my leukemia in the long-run. Initial results looked promising, but since initial results are based strictly on blood work numbers and not on empirical observation of the actual lymph nodes, they don’t really have any diagnostic meaning – the only accurate way to determine the results of chemo is to do a PET scan. Of course, I didn’t realize that at the time, and I let myself get a wee bit excited when it initially looked good. I should have known better – the Overachiever strikes again!

What that means is that I have to do another round of chemo before starting the transplant. In fact, it means I’m back at square one with the same three options I described at the end of my post Houston, We’ve Got A Problem. To summarize, the options are: 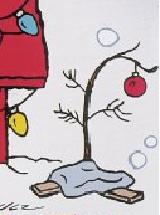 We hope my next PET scan is no more Christmas-y than this!

3. This new chemo is no more effective than OFAR, in which case it’s back to the drawing board.

So, that’s my current status. Chemo for 4 days, then another 3.5 weeks-ish of waiting, hopefully not in-hospital, and then we’ll see.