Real estate news coverage is suspended from December 21 through December 31.

Cancer treatment is nothing you would sign up for if you didn’t need it. It’s painful and it has numerous side effects. If you get queezy easily, you might want to skip this installment. If you want to appreciate how difficult this kind of treatment is, read on.

As I mention on my What is CLL page, CLL is a bone marrow disease, and bone marrow is responsible for creating your blood. It only constitutes about 4% of your adult body mass, but produces a staggering 500 billion red blood cells per day – that’s some pretty heavy lifting for only 4% of your body mass!

Last but not least, marrow also produces platelets, which among other things cause your blood to clot when you’re injured. Platelets are kinda important!

By now you’re probably asking yourselves why am I re-hashing this general info, and the reason is because of the way CLL is treated, which I haven’t talked about much.

CLL is treated with chemotherapy, which is typically a cocktail of different drugs given over the course of consecutive days. Each drug has it’s purpose, and together they work to slay the wild and crazy bone marrow that is so copiously producing white blood cells.

The problem is, as advanced as the science is these days, it’s not perfect. Chemo is essentially just poison designed to kill specific cells, but it can’t do it with laser-like precision. There’s always a little collateral damage in the form of side effects – nausea, tiredness, fevers, chills, etc.

Another side effect is that it doesn’t just crush your white blood cell count – it pretty much depletes your red blood cells and platelets too. About a week after chemo you are, in the immortal words of Jackson Browne, running on empty! 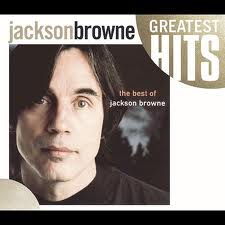 I don’t know what Jackson Browne was “running on” when they took this photo, but I bet it was pretty good stuff…

This week is my “running on empty” week, and that was confirmed by my hospital visit on Monday. They drew blood and reviewed the numbers, and here’s what the report said: 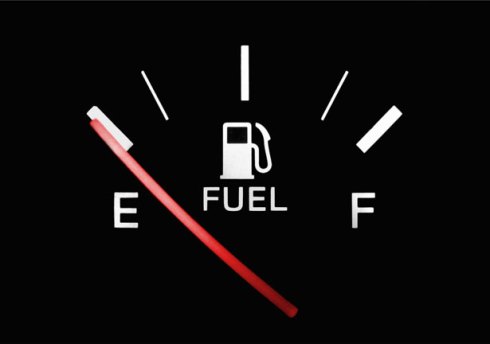 I’m low on platelets and magnesium. Magnesium, who knew?? Platelets are essential to blood clotting, so I understand why they’re concerned about that, especially since I’m prone to nose bleeds and would prefer to be able to stop them with a handy blood clot. But why do we need magnesium?

Turns out it is a crucial component in assisting many enzymes in the body in doing their job. It is also used medicinally as a laxative (Milk of Magnesia, anyone?), but hopefully that’s not why I’m being infused with it…

Milk of Magnesia, anyone?

So this week I’ve had two infusions. Both went smoothly with no side effects (receiving blood products in particular can cause temporary side effects like fever, chills, etc), and in fact the magnesium transfusion was pretty cool because it was portable. The magnesium comes in a vacuum-sealed bottle that looks like a baby bottle, and in fact is referred to by the staff as a baby bottle.

So they hook the baby bottle up to my port, and it basically works like a siphon – I just carried the bottle around in my pocket and it infused through the port over the next five hours. Amazing! 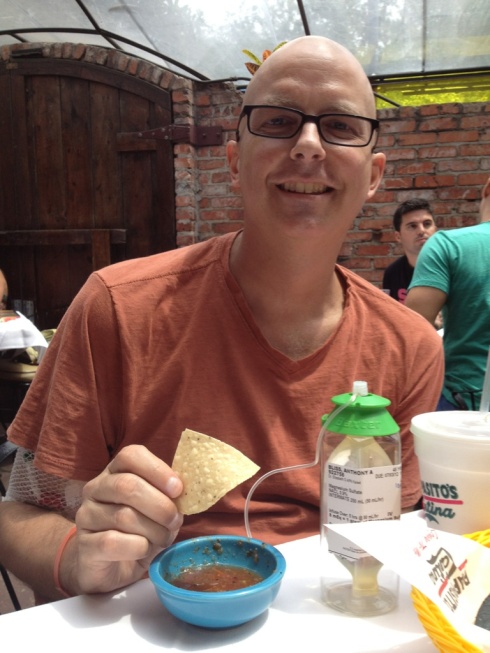 Salsa with a magnesium chaser

Platelets, on the other hand, are a traditional infusion, so we had to hang out at the hospital for hours for that. They won’t order the platelets from the pharmacy until you’ve checked in, because patients often don’t make their appointments for whatever reason. So what takes about 45 minutes to actually infuse pretty much becomes a 3 hour process. Painless, but boring! But as my nurse said, the best hospital visit is a boring hospital visit.

On a side note, platelets look disgusting. I just thought you’d want to know… 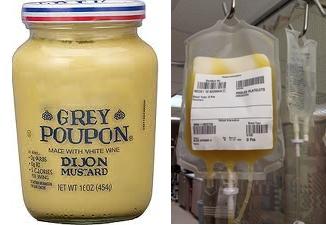 “Pardon me, do you have any Grey Poupon?” Er, no, these are just disgusting looking platelets…

2 responses to “The clot thickens!”