The price of gold is heavily manipulated.

On Monday, January 6, a sell order for 4,200 contracts of February gold futures was executed; all at once.  If you are familiar with the gold futures market, and who is, you would know that a sell order for 4,200 contracts of gold futures represents a future sale of 420,000 troy ounces of gold in February, and the market price of those 420,000 ounces of gold on Monday morning was about $516,600,000.  In words, that is over 516 million dollars or about half a billion dollars.  Another report gives the figure as 11,000 contracts, or  1,100,000 ounces of gold, or 1.3 trillion in dollars.  But the exact numbers are not so important to this particular post.

Yes, I am aware that once anyone starts talking about numbers over a few million, eyes will glaze over and the numbers become less astounding and almost, “So what?”, or maybe, “Well, is that unusual?”  The answer is yes, it is unusual.  Unusual enough that a “velocity logic” circuit breaker was tripped at the COMEX, (Commodity Exchange), halting trading in gold futures at the COMEX for ten seconds, and creating an environment for quite a few folks to speculate on what happened, (including yours truly).

Above is a graph of the flash crash and the subsequent trading halt.

The first explanations were that it was a ‘fat finger’ trade; traders lingo for a mistake.  And there were a few who thought that it was not a fat finger, one of the few being the CME, (the CME is a group of exchanges, one of which is the COMEX where the ‘fat finger’ trade occured).  Usually, if not always, a fat finger order is rescinded and the resulting trades are reversed by the CME.  The CME has stated that this particular order was not a mistake and all resultant trades stand.  My amusement comes out of a response to the CME.[dfads params=’groups=165&limit=1′]

“I’m not really sure how the CME can make a blanket statement like that. I can guarantee it’s a ‘mistake’ because selling slowly would have gotten a much better price for whoever was dumping gold futures.”  – Adam Button

Adam got one thing correct, and there is probably not a futures trader who will disagree with Adam on it; selling slowly would have gotten a much better price for whoever was dumping gold futures!!!  In other words,  nobody who was interested in getting the best price would place a sell order this large all at once.  Yes, there are a few sellers who may care to sell this much, but they place smaller orders over time because their objective is to make money.  They want the best price.  A large order all at once takes out the bid stack and triggers stop loss orders which incites more selling, driving the price down faster.  Not the smart way to sell anything.

Ok, I know there is going to be some yahoo who is going to say, “Well, maybe the seller was in a panic and wanted to get out fast, irregardless of the price.”  Yeah, maybe.  And maybe your fairy godmother will turn a pumpkin into a Winnabago for you.  You just keep waiting, ok?  And soon, if you can stay awake while reading this, you will see that this was not a singular event.

Since the seller did not sell in order to get the best price, what other POSSIBLE reason is there for the seller to dump gold futures like his?  Have it yet?  Huh?  Got it?  Huh?

Right!  To drive the price down!

By the way, there are three catagories of traders who make trades this large, 99.99% of the time over time and not all at once; large speculators, commercial hedgers, and bullion banks.  The commercial hedgers are mining companies who short sell their future production so as to minimize the effect price fluctuations have on their balance sheets.  There is zero possibility that a mining company initiated this order.  Bullion banks are the banks that store the physical metal for the exchanges and are responsible for the inventory.  They buy and sell for their proprietary accounts and for other entities.  The large speculators are almost always hedge funds.  This sell order was placed by a large speculator, most likely a hedge fund.  So, your question is, and should be, why would a hedge fund want to drive the price down?

I don’t know.  At this point you now know what I know, and I can only speculate, so let’s speculate.  Oh!  Oh!  Oh-oh-oh!  But first, let’s see if this has ever happened before.

November 25, 2013 and of course the chart at the beginning of this post

Still think it was a mistake?

You can see what happened to the pog, (price of gold), in the above charts during the flash crash and immediately after the flash crash.  What you can’t see in the above charts is what happened in the hour and hours after.  If my memory serves me, and honestly it does not always, the pog after the first one or two flash crashes charted above stayed low and maybe even fell a bit for days or even weeks.  The first flash crashes had a longer term effect on the pog, (Actually, the first one sent the pog into a tail spin.  It was a spiritual moment for longs on margin.)  The flash crashes in October and September had the same immediate effect, but the pog recovered a bit quicker than the previous two.  And the last two flash crashes did not create as long of an effect on the pog.  In the very last flash crash, Monday, the pog recovered fairly close to the before flash crash pog after an hour or two.   I do not remember the exact recovery times, but it seems the recovery time lessened with subsequent flash crashes.

Back to why anyone would want to crash the price of gold.  The main, or maybe the only, reason a hedge fund would want to sell short without regard to price is if that hedge fund was already quite short and losing and needed to crash the price in order to buy back at lower prices.  You could call it doubling down, but with prejudicial influence.  (And if the same mental giant yahoo wants to ask, “Isn’t that illegal?”  The answer is yes, what’s your point?)  If that was the case, the responsible hedge fund was quite successful the first once or twice, (especially the first time), less successful on the subsequent tries, and failed on the last two.  If that hedge fund was using algorithmic trading to precipitate the sell order, most likely the algorithm will be changed to account for the later outcomes, and there will be less flash crash orders.  We’ll see.

It is possible that the Fed initiated the flash crashes in order to suppress the pog, (Did you know that the Fed is legally able to manipulate the pog through the Working Group on Financial Markets?  Don’t believe me?  Look it up.  I did.)  I guess it is possible and the Fed to my logic has motivation to depress the pog, but by looking at the Commitment of Traders Reports, it looks to me like it was a hedge fund.  I guess the Fed could use a hedge fund or manipulate the COT report to disguise their involvement, but that is a bit too tricky for my mind and I don’t think the Fed is all that bright.

If you want to see what a COT report looks like, here it is;

By the way, the reason I know the hedge funds, large speculators or managed money to the Comex, is short because of the COT report, linked above.  The hedgies are net short, are record net short, and are increasing their shorts.  The big problem for the hedgies is that the commercial sector was net long, for the first time in Comex history, and the bullion banks were net long and are still minimally short.  JPM is still net long and JPM is one of the bullion banks.  (More on that in another post)

Just to show you how naive I am, I thought short sellers had to borrow the commodity they were selling.  The sell order that caused the last flash crash was for for 4,200 gold futures contracts or 420,000 ounces.  The total number of ounces available to be sold on the Comex on Monday was 480,439.02 ounces.  I realize that futures traders trade on margin, but doesn’t someone have to actually have the physical gold that is borrowed to sell short?  I guess not.  Now you know why I am not a futures trader.  I have been watching this mess for quite some time and am still confused.

Side Note: (and maybe not the last)  There is a gap of between one and four days from the time I finish writing this enlightening prose until the time it is published, or if Irvine Renter does not like it, the gap can be infinite.  Since I finished writing this, about two hours ago, “Zero Hedge” has published some more info on this very subject that I have been writing about;  yup, Monday’s gold futures flash crash.  The gold flash crash was not a fat finger, but was rather a intentioned sell order.

“The chart below shows the entire $30 drop in the price of Gold futures that occurred in just under 100 milliseconds (1/10th of a second). When we separated groups of trades by a jump in the exchange sequence number (a technique to determine the size of a larger order) we discovered there were 9 groups where the sum of the trade sizes was exactly 338 contracts! Each group is composed of widely different number of trades (211, 186, 120, 193, 97, 193, 137, 112 and 109 to be precise), yet the sum of the sizes of each group totals exactly 338. We show these 9 groups in the chart below. What’s more, there are other trades occurring between these groups of 338 contracts.”

And one of the accompanying charts demonstrating the above:

I highly recommend the original article:

Proof Gold’s Latest Slam Was Not A “Fat Goldfinger” 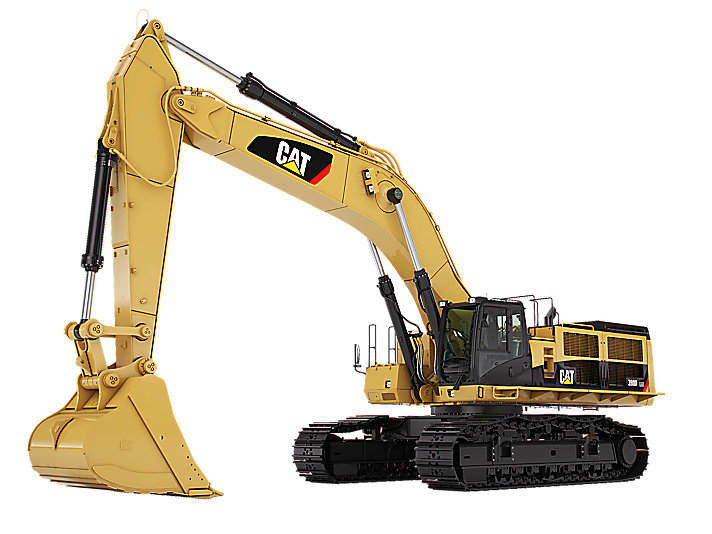 If you find that you do not understand all of the article, you are in not-so-good company.  I didn’t either.  Bottom line: it turns out the sell order was the output of a HFTA, high frequency trading algorithm, and more to the bottom line: some hedgie is now desperate.  They were in a hole last week, and dug the hole a bit deeper on Monday, with a CAT 390D no less.  Adam Button is still scratching his head.